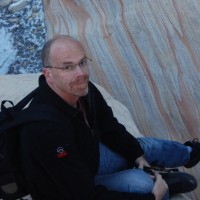 for @physicsfun Instagram followers
I get asked often: "Where did you get all this stuff?" My goal is to share the real magic of science and physics- and to this end I will update here (and in my store) suggestions on where to get some of these toys, kinetic art pieces, and scientific curiosities for yourself. Purchasing items from the links on these pages will help support my IG page of science and wonder.
VISIT NOW @physicsfun INDIA Catalog

Plasma globes are now available in many sizes and levels of quality. Here is a source for reasonably priced quality globes:
From Amazon: BUY NOW Plasma Globes (link 1)

Precession of a Gyroscope

Get one here:
From Amazon: BUY NOW Gyroscopes

Precession of a Gyroscope: in defiance of gravity this gyroscope is supported only at one end. The physics and vector nature of angular momentum!

Photicular 3D Animation Book: the foremost in lenticular image technology produces these looping motion images that look like videos on a computer screen. This amazing book of 8 astonishing moving images is the creation of photographer/artist/inventor Dan Kainen where the moving images use Kainen's patented process where a specially processed image slides under a thin film of lenticular lenses. Writer Carol Kaufmann puts each image into context incorporating fun science facts appropriate for kids yet informative to all.

The Levimoon: this detailed moon globe is an adjustable lamp that levitates! Charged through wireless induction via the base, the moon floats above the Earth while illuminated from the inside to reveal the major features of the lunar surface, and will rotate when given a slight push. This kind of levitation uses a control system with an adjustable electromagnet in a feedback loop with Hall effect sensors which allows for fine tuning of the magnetic field to exactly balance the pull of gravity.

Slinky Treadmill by @exploratorium: kinetic motion energy transfers to elastic potential energy and then back to kinetic energy in a cycling process as a slinky spring "walks" down an incline. Put the system on a treadmill, such as this one at the Exploratorium in San Francisco, and the walking behavior can be explored for many minutes. Note that after a while the slinky's walking becomes erratic.? With special thanks to the Exploratorium!

Stirling Engine: low temperature difference engine turns a fraction of the heat of hot tap water into mechanical motion. For this engine the heat source is the hot tap water, and the heat sink is the room temperature air. Really nice model and super inexpensive for a display engine of this type.

Get this famous physics toy from these sources:
From Amazon: BUY NOW  Drinking Bird Engine

Wikipedia has wonderful details about the rich history (and further descriptions of the operational principals) of the Drinking Bird.
Drinking Bird Heat Engine: time lapse of 15 minutes into 15 seconds (4 cycles). Cooling by evaporation at the head leads to lower pressure in the top bulb, the dichloromethane fluid rises up the neck making the bird top heavy and the bird tips over dipping its beak and letting the fluid return to the bottom bulb. The time lapse allows a clearer picture of how the fluid rises, shifting the center of mass, and how tipping makes the glass column lift out of the fluid in the bottom allowing the pressure to equalize and letting gravity pull the fluid to return to the base. Process repeats as long as the top stays wet. So much physics in one hypnotic toy!

Get one here:
From Amazon: BUY NOW Balance Bird

Balance Bird: weights in the wing tips create a center of mass below the bird's beak- making a system in stable equilibrium. No magnets!

Many models and colors to choose from, available here:
From Amazon: BUY NOW
Heng Balance Lamp

Heng Balance Lamp: magnetic suspension sculpture and light- with two neodymium magnets on cords suspended by their mutual magnetic attraction. In this design by Zanwen Li, the bottom cord engages the light switch.

Micro Racer in a Glass

These micro racer cars are sold under many brand names, and most come with a clear sphere to demonstrate this centipetal accelration phyenomenon.

Newton's Cradle: industrial model made with galvanized aircraft cable, aircraft aluminum for the frame, and 1.5 inch one-half pound nickel plated chrome steel spheres. (0.23 kg and 3.8cm in diameter each) The classic demonstration that shows the curious behavior due to conservation of both momentum and kinetic energy. Swipe to see comparison to standard version.

Get one here:
From Amazon: BUY NOW
Switch Pitch

Switch Pitch Ball: this spherical assembly changes color by turning inside out when tossed into the air. Advertisements for this toy incorrectly claim air drag is involved in the transformation. The ball is made of multiple components hinged together. In launching the ball from the hand an upward acceleration results in a torque that pivots each component around its center of mass, causing the rotation of these components in an organized way leading to the transformation. Imagine tossing a stick straight up. If the stick is perfectly vertical upon launch it will move straight up- but if it is initially slanted at all it will also begin to rotate upon launch. Similar physics underlies the motion of each component of the ball- shown here in 240 fps slow motion. The Switch Pitch is produced by the makers of the Hoberman Sphere.

The Swinging Sticks: a driven coupled chaotic physical pendulum as kinetic art where the placement of the rods' axes of rotation are engineered to exhibit the widest range of interesting motion. Four AA batteries and a simple electromagnetic kicker circuit in the base gives a tiny push to a magnet in the end of the large rod, keeping the system in motion for over a year! Perhaps one of the most famous physics toys out there as it was featured in the movie Iron Man II (sitting on the desk of Pepper Potts).